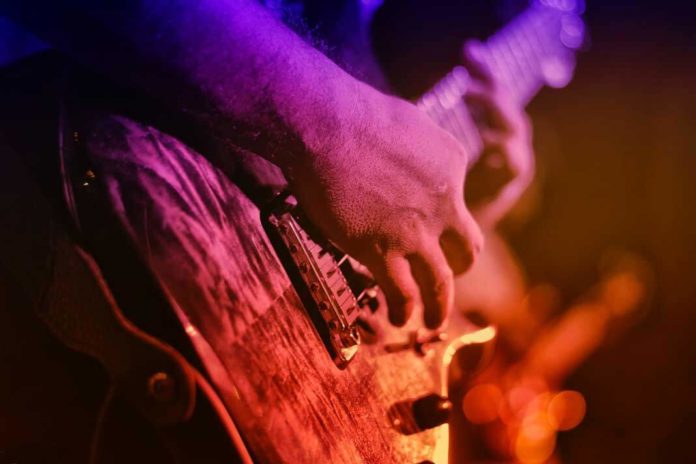 So last night the Mr. and I had the incredible privilege of catching a secret show at Silver Lake’s Bootleg Theater. It was announced on KCRW a little after 10 AM yesterday, and the tickets were sold out by 10:30… but not before we snatched up a pair!

Broken Bells = famed super-producer Danger Mouse + James Mercer of The Shins. Let me tell ya, it’s the beginning of a beautiful relationship. I’ve always marveled at Mercer’s inspired lyrics, but once they’re set against the backdrop of Danger Mouse’s prolific beats, the result is pure musical awesomesauce. The album drops March 9… while you’re eagerly awaiting its release, check out this video of their first single, “The High Road”.

It took 5 extra musicians to accomplish what Danger Mouse most likely did by himself in the studio, but they sounded so good live.

Also gotta give a Big Up to the Bootleg. Free parking, and a maximum occupancy of 300. We were among the first 10 people to get in the doors, so we were like, 6 feet from the stage. AMAZING.