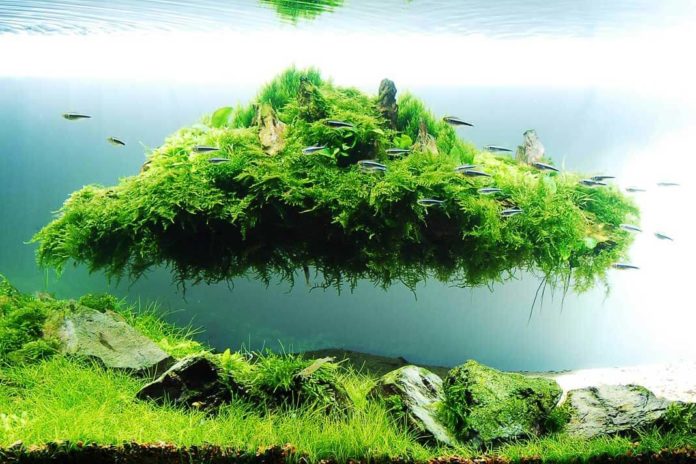 Throughout high school I had fish tanks and even worked at a fish store for a while. I had a pretty sweet setup, but nothing like these amazing aquascapes by Takashi Amano, a Japanese photographer, designer and Aquarist.

“Takashi Amano is one of the most influential people in the freshwater aquascaping community. He can largely be credited with introducing Japanese gardening concepts such as Wabi-sabi and Zen rock arrangement to the aquascaping hobby. His tank compositions involve intricate, and typically asymmetrical (though balanced) arrangements of aquatic plants often augmented by river rocks and driftwood. His aquascapes are notable in that they often mimic nature in their appearance, and can be regarded as a form of art.” -Wikipedia

How to Find Inexpensive Art to Dress Up Your Walls